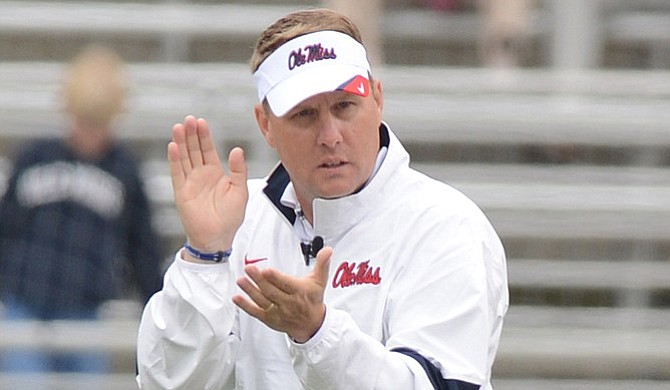 It might be worth being a proverbial fly on the wall when the University of Mississippi sits down with the Committee of Infractions arm of the NCAA. The university has admitted to some wrong-doing alleged in the NCAA investigation but is fighting others.

In this instance, the university is going to the wall for current head coach Hugh Freeze. The biggest charge UM is fighting against is the lack of institutional control leveled at Freeze.

Another dispute between the university and the NCAA is an allegation that a recruit received $10,000 in cash. UM disputes the story the recruit told the NCAA and questions the person’s credibility.

UM is also fighting the charge that a booster provided free merchandise to three potential recruits. Again, the university is denying the story that recruits told the enforcement staff.

The NCAA hit the university with 13 violations in football during its initial investigation and after the Laremy Tunsil draft-night fiasco, the NCAA came back to do more investigating. The second investigation led to five more charges of violations, bringing the total to 21 with 15 of the violations at Level I, the most serious in the eyes of the NCAA.

In response to the violations that the university agreed on, it imposed several sanctions on itself. UM imposed a bowl ban for the 2017-2018 season, along with scholarship and recruiting restrictions and three years of probation.

Instead of laying any blame at the feet of Freeze, UM is blaming former athletic staffer Barney Farrar. In response, Farrar’s attorney Bruse Loyd told Yahoo Sports his client is being “used as a scapegoat” by the university.

It is a bold strategy and will be smart if it pays off. If it doesn’t payoff, Freeze could be suspended for part of a season when the penalty is handed down.

Farrar is likely to get hit with a show-cause penalty, which would severely limit his ability to get hired by another school.

But the twists and turns in this story just keep coming. The booster mentioned giving free merchandise is fighting back.

The lawsuit accuses the three of defamation, slander, commercial disparagement, conspiracy and making false statements to the NCAA. None of the three being sued is named in the NCAA notice of allegations or in the response by the university.

There is no telling how this will end for the Rebels, but it has provided some interesting twists and turns along the way.