Three months in 1996, May to July, ended up changing pro wrestling forever. 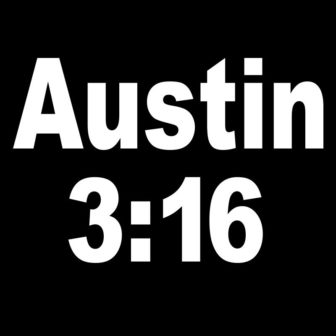 Austin 3:16 was born 21 years ago. The phrase made Steve Austin a superstar.

The first event, which still has a lasting impact, is now known as “The Curtain Call” at Madison Square Garden. You probably need a bit of background information to grasp the importance of this event.

In the WWF at the time was a group of wrestlers who called themselves The Kliq. The group consisted of Shawn Michaels, Hunter Hearst Helmsley (better known today as Triple H), Scott Hall, Kevin Nash and Sean Waltman. It was a group that had considerable power in the WWF, and all the men looked out for each other.

The Kliq had the power to destroy careers, and they weren’t afraid of using it. In April 1996, Hall and Nash signed contracts with WCW and left the WWF.

In May, Hall and Nash worked a final non-televised event at Madison Square Garden. At the time of this event, Michaels and Nash were faces, short for baby faces, or good guys, and Hall and Triple H were heels, a wrestling term for a villain.

It is important to know who were faces and heels because wrestling in the late 1990s still strictly adhered to kayfabe, which means that the events in the ring were real, and breaking kayfabe was a highly punishable infraction. After the main event, Hall, Nash, Michaels and Triple H all got in the ring and hugged each other and held up each others arms.

Vince McMahon originally gave his blessing for the four friends to say goodbye to each other, but McMahon didn’t know how elaborate the four were going to make the event.

Things got worse when a few fans were able to get a video camera past security and record the event. All four men taking part in what would become the “Curtain Call” quickly spread all over the just-becoming-popular Internet.

McMahon and others in the company became upset with the major break in kayfabe. There had to be some punishment handed down, and this would have major implications for the WWE and WCW down the road.

Since Hall and Nash were leaving the company, they weren’t punished. Michaels was WWF World Heavyweight Champion, so he didn’t face punishment.

That left the entire punishment to fall on Triple H, who at that time, wasn’t a main-event star. Plans were in place for Triple H to win the 1996 King of the Ring Tournament and give him a major push in wrestling to make him a featured performer.

This led to the second major event.

In the final, a wrestler by the name of Stone Cold Steve Austin, who had just begun using his “Stone Cold Stunner” finisher, defeated Roberts. Austin then cut a famous promo where the coined the phrase Austin 3:16 on the fly.

The phrase went on to sell millions of T-shirts and other merchandise. It also made Austin a star as he began his climb to the top of the wrestling world.

Triple H didn’t fare badly after the incident, but he didn’t get punished by being demoted to the bottom of the card. He eventually became a multiple-time world champion and married McMahon’s daughter, Stephanie, and is the COO of the company.

In July 1996, the third event, WCW’s Bash at the Beach, took place. During the main event that featured Hall and Nash, who were known as the Outsiders, the group was having a three-on-three match against Sting, Lex Luger and Macho Man Randy Savage.

Hall and Nash started the match without their partner but said he was in the building. During the match, Hulk Hogan made his way down to the ring. Just when the fans thought he was there to help Sting, Luger and Savage, Hogan turned on Savage, hitting the Macho Man with several Atomic Leg Drops.

The longtime-face Hogan made one of the biggest heel turns in pro wrestling history.
Hogan then cut the famous promo declaring, Hall, Nash and himself as the New World Order of wrestling. The NWO became the hottest thing in professional wrestling and helped wrestling become mainstream again. The group sold millions of t-shirts as well.

WCW rode the NWO to the top of the ratings. It dominated the WWF in the ratings for 84 straight weeks.

WWE had the Montreal Screwjob in 1997 and officially acknowledged the “Attitude Era,” when McMahon became his evil on screen gimmick “Mr. McMahon,” Austin, The Rock and Triple H became mega stars.

WWE eventually bought WCW, and McMahon’s company became the biggest in the U.S., if not the world. Members of the Kliq dominated in-ring for the rest of the 1990s to early 2000s.

Michaels retired for a brief time due to injuries but returned a born-again Christian and just as good as ever in the ring. Hall destroyed his career with drugs and drinking destroyed. Nash remained a star until injuries took a toll on his body. Waltman was the only member of both the NWO and DX, but drugs and alcohol also derailed his career.

In hindsight, the Curtain Call ended up being the best thing for WWE. IF Triple H had won the 1996 King of the Ring, Stone Cold Steve Austin and Austin 3:16 might not have existed.

Today kayfabe isn’t as strictly enforced, and it gets broken completely from time to time. The Monday Night Wars changed wrestling completely with both companies fighting for viewers.