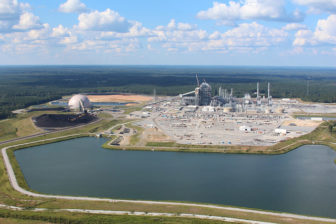 This week the Mississippi Power Company notified the state’s Public Service Commission that they would suspend lignite coal gasification at the Kemper County plant.
The news comes after years and billions of dollars worth of investment and construction followed by the perpetual delay of the new plant opening. Then the New York Times published a 2016 investigation, which documented the mismanagement of the project all along the way, including piles and piles of previously private documents.

The Kemper County plant will continue to operate as a natural gas plant, but hopes for “clean coal,” which began during the Obama administration, are looking dismal.

The Public Service Commission has asked the parties in the Kemper County Power Plant case to relicense the plant as a natural gas facility as well as ensure that Mississippians won’t see a rate increase due to the (for now) terminated coal portion of the plant.