Let’s try something new since it is Friday. At the end of each week, I will try to find 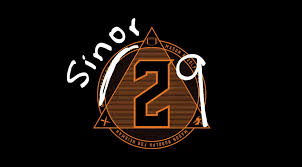 something you might have missed that brings a laugh to your day before the weekend starts.

This week’s honor comes from the Big 12 and reminds us that “punters are people, too.”

While there has been some bad news in college football over the last 24 hours, one thing can brighten just about everyone’s day: Oklahoma State University punter Zach Sinor’s Heisman Trophy campaign.

The campaign’s website, sinor4rheisman.com, looks like it dropped straight out of the 1990s. It even includes a dancing baby that fans of the show “Ally McBeal” will remember.

The website has graphics from the beginning of the Internet and even has an ad for Netscape 3.0 at the bottom. Sinor was born in 1995, and that means he missed really great websites like the one that was built for his Heisman campaign.

There are a couple of links to videos that feature Sinor crashing a meeting for teammate and OSU quarterback Mason Rudoph’s Heisman campaign; Sinor getting denied for an interview; and Rudoph not remembering doing a celebration with Sinor.

The school even produced a video from Big 12 media days that has Sinor trying to get his campaign off the ground. It is funny and features 2008 Ray Guy award winner Matt Fodge, a former OSU punter himself.

Sinor showed up a media days with a Fu Manchu mustache and handing out pamphlets on his Heisman campaign. There are a couple other videos of the punter speaking at Big 12 media days.

Last season, Sinor was a semifinalist for the Ray Guy Award, which the best punter each season receives. This season he will be one of the top players considered for the award, but chances are, he won’t win the Heisman.

You never want to say never, but no punter has ever won the Heisman, and it seems like a long shot that Sinor could be first. But if a punter is going to win the Heisman, why not Sinor?

The tongue-in-cheek Heisman campaign is one of the best things to happen in the offseason. Take some time to check out Sinor’s website and try to keep your laughing down so you don’t bother anyone else in the room.