Personally, I’d rather not have politics invade sporting events. The reason for this feeling is that, for me, sports provide an escape from the problems of the real world. 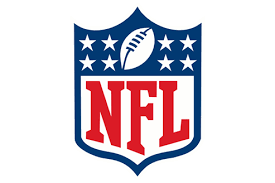 Like it or not, NFL players have the right to take a knee during the national anthem.

I enjoy having the two to three hours of pure athletic contests to shut out an outside world that is far from perfect. Sure, it stinks when I root for every team from our state to win and a few happen to lose, but those losses rarely affect what goes on in the real world.

That doesn’t mean that real life stays separated from sporting contests. It is hard to discuss Baylor University football without bringing up the sexaul-assault scandal. One can’t explain the struggles of the University of Florida’s offense and not mention that the Gators have suspended a couple of their best offensive players due to a fraud investigation.

Even here on the JFP Sports Blog, I have detailed at length the parting of ways between the University of Mississippi and head coach Hugh Freeze. As much as anyone might want this to be false, the big story sometimes isn’t what is happening on the field.

Sports and patriotism, for some reason, end up going hand in hand. Anyone of a certain age will remember Whitney Houston’s stirring rendition of the national anthem during the first Gulf War. After 9/11, sporting events were one of the first places that large groups of Americans gathered together and waved flags in defiance against the terrorist attack.

Just like real life, sports can be complicated, unifying, divisive and a number of other things at once. I would like sports to be simple—just the action on the field—but that often isn’t the case.

This weekend, across the NFL, players, coaches and owners joined the debate of taking a knee during the national anthem. What started with just a few players turned into a massive protest because President Trump fired off a few tweets about the players who were taking a knee.

Here is the main point: While I might not like politics in my sports, I do not see a problem with players, coaches and owners using their constitutionally given rights.

When Colin Kaepernick decided to take a knee last season, I missed it most of the time because: A) the San Francisco 49ers weren’t on TV much because they stunk, and B) I just don’t watch that much 49ers football unless they’re playing the Dallas Cowboys or the New Orleans Saints. No matter if I watched or not, Kaepernick still had the right to take a knee.

Both players are known for taking a knee but for totally different reasons. Both players rightfully were able to take a knee because of the country that we live in and the freedoms that we enjoy.

See, you can’t get upset about current players taking a knee in protest of police actions across the nation and not feel the same way about Tebow. Yes, Tebow didn’t take a knee during the anthem, but he did use his football fame to express his beliefs.

NFL players who were taking a knee during the national anthem were doing the same thing. Instead of religion, they were using their fame to point out problems that exist in our nation. No one should applaud one action and condemn the other. Fans should treat both actions the same since both cases are about players using their constitutional rights.

It is even OK if you don’t like either display. When you’re sitting at home, you can always use your remote and change the channel. Fans are free to stop watching or boycott the NFL.

In the same way, players still have the freedom to take a knee, and that is what makes our country great—even if it puts politics in my sports.