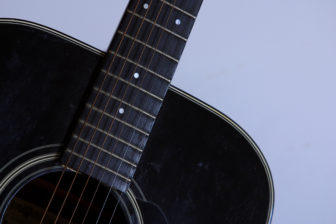 At some point, I really should know better than to read YouTube comments and Twitter replies to celebrities. And yet, I have repeatedly stumbled upon and been disturbed by some of the fan responses following the shooting at a Jason Aldean concert in Las Vegas on Oct. 1 that killed almost 60 people and injured hundreds.

I have never been a fan of Aldean’s music, but he has been on my mind a lot recently due to the shooting. As someone who also plays music—albeit on a much smaller scale than the country star—I can’t help but put myself in his shoes and wonder how I might react.

He might have a much more sizable fan base than I do, but like me, he has a family. He has a wife and young children. He is a person, and like every person, he is perishable. When a man began firing a gun at him from a hotel window, Aldean ran for cover, and I hope that, if the situation happened to me, my instincts would win over, as well.

Now, as someone who follows entertainment news, I did see the occasional news article about Internet trolls calling Aldean a coward for trying to run from the gunfire. I heard about some of the detractors saying that he had no right to find shelter when many fans were out in the open.

That is an unfortunate reality of giving everyone a voice on the Internet—often, the ones to speak first and speak the loudest do not represent the feelings of most people. In many cases, I’m sure that social-media commenters who tore into Aldean did not actually feel that he was a coward. If they do, then they haven’t considered how they would act in that situation.

Typically, after a few weeks, Internet attackers will find something else to focus on. The Las Vegas shooting is, for some reason, different. Directly after the massacre, some fans called him a coward for finding cover instead of trying to warn his audience. A few days later, some fans, likely the same group as before, called him a coward for canceling part of the tour.

Two weeks ago, Aldean and fellow country artists Keith Urban, Chris Stapleton and Little Big Town performed Tom Petty’s “I Won’t Back Down” on CMT’s “Artist of the Year” special. I watched the performance on YouTube, and while the comments often focused on the sound—many weren’t pleased with the rendition—I scrolled down and came across some sadly earnest fans whose love for Aldean had spoiled.

“Why is this a** onstage and not in jail for his cowardly act?” one person wrote.

“That’s all he did was back down,” wrote another. “Should (have) told the crowd to head for cover. Stand my ground. What a crock of s****.”

Worse still, some commenters replied to these saying that they were not aware of Aldean’s “cowardly act” and would never support him again.

Again, I am not a fan of his music, but I don’t think that I need to be in order to point out how bizarre this response is. If he is supposedly cowardly for running to safety—something that I posit most people would do—spineless for canceling tour dates, and disgraceful for getting back onstage again, then what do people actually want him to do?

How should musicians react in the wake of a tragedy? Let me say bluntly that I don’t have an answer to the question I’m posing. I’m just not sure that there is one right answer for every terrible situation that someone may face. However, I do think we have the answer in front of us—we’re just pointing the lens in the wrong direction.

After every high-profile death, natural disaster or other tragic event, it is common to pick up just about any publication and find an interview with celebrity, getting that person’s take on the event. Often, they will only be tangentially related to the topic.

The Aldean concert shooting was no different here. There are countless articles featuring pop singers, rock stars and the like putting themselves in the shoes of those directly affected. Before we turn to a computer keyboard  and start pushing our worst thoughts into the ether, we should do the same.

Why is it that we think Katy Perry’s response bears more weight than our own? More importantly, why is it that we put more time into reading her response instead of carefully considering our own thoughts on the matter?

It may seem odd that all of this should boil down to the simple childhood lesson of, “Think before you speak,” but too often, we just aren’t getting it. I don’t need to link to the multitude of articles about how Internet anonymity is to blame—we have all heard that song played a few too many times.

Rather, let’s each take ourselves to task on this so that the next time we face something unthinkable, we can stand beside each other and not against. The world needs unity, and we need it most in the hardest times.