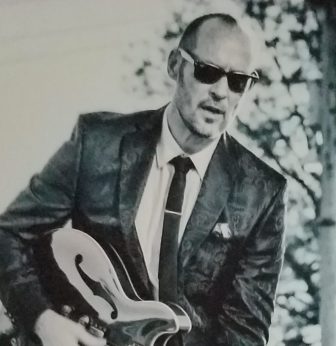 The Mississippi House of Representatives will vote to pass Resolution 66 this Tuesday morning. Unlike most house resolutions, however, this one comes with a pretty stellar soundtrack.

The resolution honors the accomplishments of musician Paul Thorn by naming today, March 27, as “Paul Thorn Day.” After the ceremony at 10 a.m. at the State Capitol, he will also perform acoustic renditions of a few songs.

The singer-songwriter, who was born in Wisconsin and raised in Tupelo, Miss., is a former middle-weight boxer and National Guard serviceman whom a record-label executive discovered while performing at a local pizza place in 1997.

Thorn, who is known for his blend of blues, southern-rock and Americana music, has since put out more than a dozen recording projects. His latest record, “Don’t Let the Devil Ride,” released on March 23, is his first gospel project, and features prominent names in the genre, such as the Blind Boys of Alabama, the McCrary Sisters, Bonnie Bishop and the Preservation Hall Jazz Horns.

His current tour features more than 40 stops around the country. For a full list of dates and more information, visit paulthorn.com.