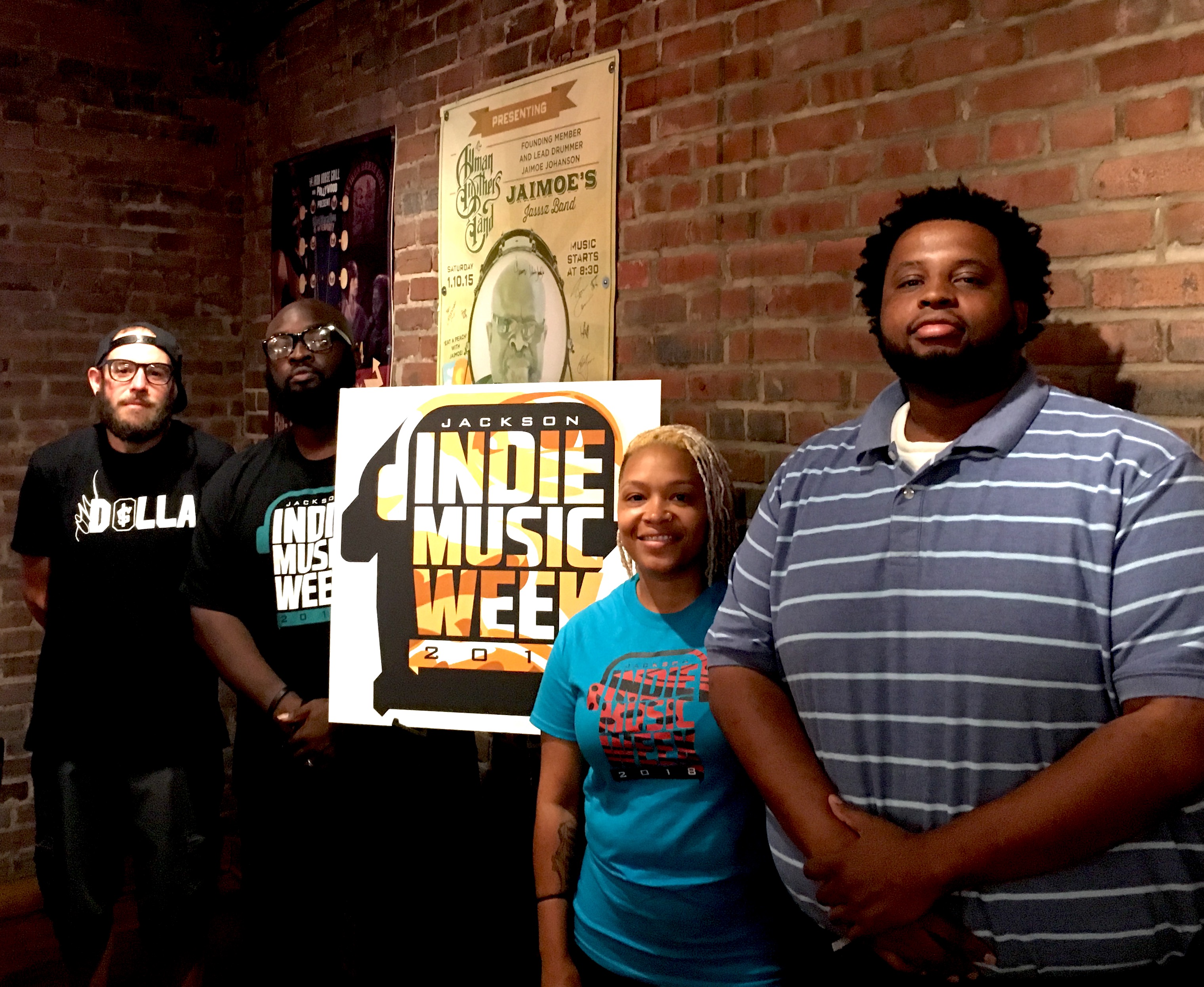 The eyes of Mississippi music icons, such as Elvis Presley, Muddy Waters and Jaimoe, watched on—quite literally—as a group of Jacksonians met to discuss one of the capital city’s biggest annual events.

In a room beside the Iron Horse Grill’s wax-figure-filled Mississippi Music Experience, the team behind Jackson Indie Music Week hosted a press conference Monday, July 16, to announce details of the seven-day festival’s 2o19 installation, which will take place Sunday, Jan. 13, through Sunday, Jan. 20.

With the conference came the unveiling of the new JIM Week logo, a golden design honoring Jackson record label Malaco Music Group’s 50th anniversary, as well as announcements about changes on the financial side of the festival.

“We are excited about year number four,” JIM Week founder Brad “Kamikaze” Franklin told attendees. “This is looking forward to be our biggest year yet. Last year was a rousing success. One of the first things we do want to announce is that Jackson Indie Music Week is now officially a 501 (c)(3). Now having our nonprofit status is going to allow us to take this festival to a whole new level.”

Franklin told the Jackson Free Press in a question-and-answer segment after the presentation that becoming a nonprofit will make it easier for the festival raise funds going forward.

“We ran into a few obstacles here and there (in previous years) with some folks who give only to nonprofits,” he said. “Some folks only feel comfortable giving to nonprofits. This being a fairly new entity, that was the issue that we had. So now that issue has been removed.

“We’ve already applied for a few more grants; we’ve already had some organizations that have reached out to us, and people love being able to write things off on tax documents.”

The new status will help the festival expand in terms of its ability to bring in more talent and guests for panels and various events, he said. With that growth, he also hopes that they will be able to add more activities throughout the week and inspire more people to buy all-event passes early.

“This is our second year being a part of this,” Y101 host Cami Morrow told the crowd. “And you know, we are a top-40 station so playing local music is not what we do, but during Jackson Indie Music Week, we can. It’s such a great thing to be a part of. We’re always super excited.”

“What’s really significant about that for me,” Franklin added, “is during my years of being an artist and doing this for 20 years, it was always classically known that as an independent artist or a homegrown artist here in Jackson, Y101 didn’t play Jackson music. So for them to come onboard and actually play the artists, have the artists on-air on a top-40 station, corporately owned, and give our home-grown talent that outlet is a really big deal.”

International music-store chain Guitar Center, which joined as a JIM Week sponsor last year, will return for 2019 but did not have a representative present.

The conference took place the day after organizers began accepting submissions for the festival. Artists interested in performing at the festival or screening a short film or music video can fill out a submission form through Sept. 1. Mississippi residents can apply for free, but out-of-state artists are required to pay a $25 non-resident fee.

Musicians should send three MP3s of original music, a short biography, a press-ready photo, and a list of venues at which they have performed within the last six months, along with contact information for those venues.

Filmmakers or bands who would like to submit a short or music video must send their entry in advance and be able to provide proof of ownership or consent to use the footage.