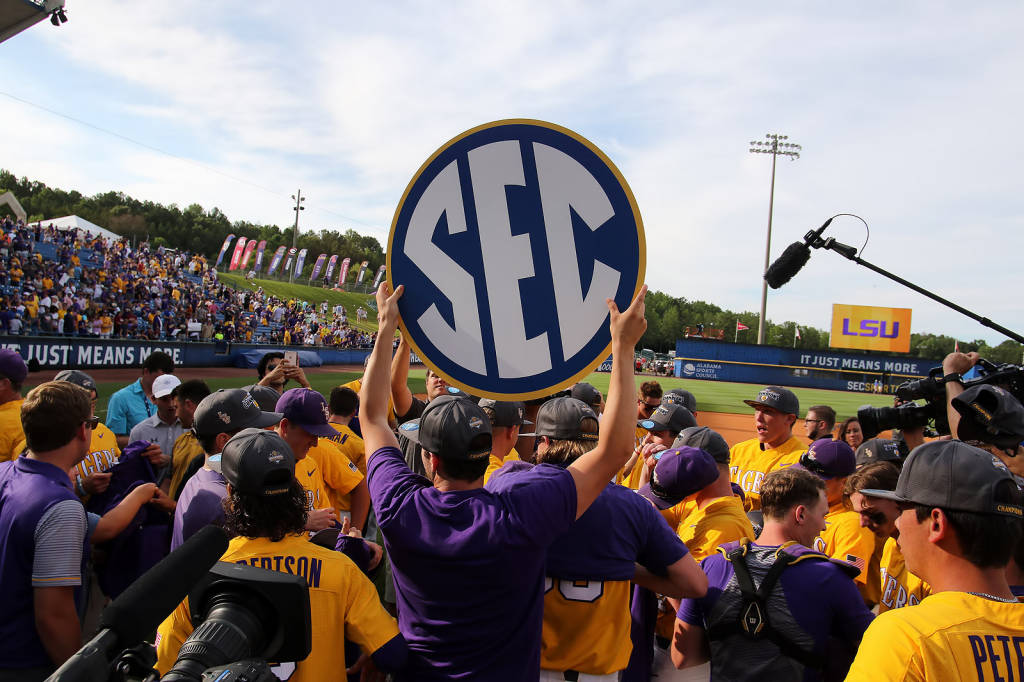 Heading into the Super Regionals, the SEC is standing above the other conferences that received four or more bids into the NCAA Division I Baseball Tournament. The SEC put eight teams into the tournament, and six made it to Super Regionals.

Even more impressive is that all eight SEC teams reached the finals in their respective regionals. Three of those eight SEC teams fought their way out of the loser’s bracket. Only Auburn University and the University of Arkansas failed to reach a Super Regional.

Overall, the SEC went 25-8 in the regionals, which was the best record for a conference with four or more bids. The conference could put five teams in the College World Series only because SEC foes Louisiana State University and Mississippi State University will have to face each other on June 10 to June 12 in a best of three series.

Things didn’t go as well for the Big 12 Conference, which had seven teams into the tournament.

Four Big 12 teams reach the regional finals, but the conference as a whole went 10-12 in regionals. It was a rough weekend for the ACC, as well—the conference put seven teams in the tournament but only saw three teams advance.

The University of North Carolina, one of the ACC’s two national seeds, flamed out as the host of its Regional. Florida State University and Wake Forest University joined the national-seeded University of Louisville in the Super Regionals.

No major conference bombed bigger than the Big Ten. The conference put five teams into the tournament, but none even reached a regional final. Overall, the Big Ten went 3-10 in regional play.

The Big Ten flame-out in the NCAA Tournament might have been a big deal in the media if Ohio State University hadn’t fired head basketball coach Thad Matta. The surprise firing took the focus off the poor performance.

If fans want to root for teams from smaller conferences, there are plenty of choices still left in the tournament. Davidson College out of the Atlantic 10 reached the tournament for the first time and is in a Super Regional against Texas A&M. Davidson ousted North Carolina and posted a perfect 3-0 record in the regional.