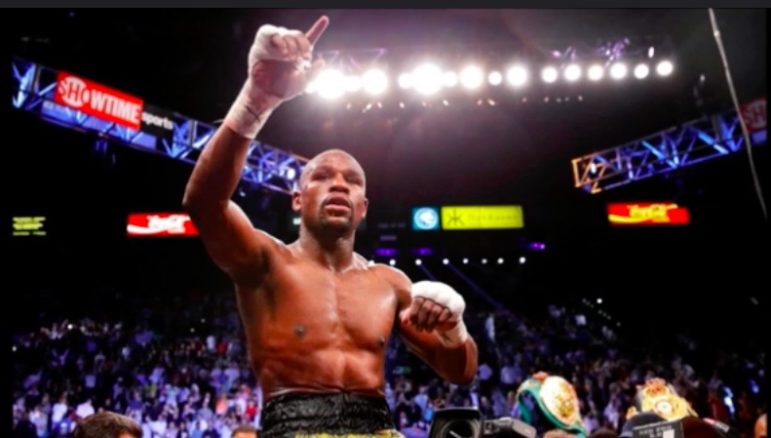 Floyd Mayweather is stepping back into the ring, this time against a MMA fighter

The allure of money might have finally won out between Floyd Mayweather and Conor McGregor. The upcoming fight is expected to be a big payday for both now that a deal has been finalized for an Aug. 26 bout. This fight could end up making more money than the Mayweather v. Manny Pacquiao fight did in May 2015.

Boxer Mayweather is the early heavy favorite at -1,000 in Las Vegas over MMA fighter McGregor at a payback of +700. But the fight might be closer than many think when breaking it down.

But how good will he be at 40 years old with the nearly two-year layoff between fights? That should be the burning question heading into this fight.

McGregor is just 28 years old, which gives him a 12-year advantage in age. If the MMA star can survive the early rounds, it is possible he could use his younger legs to go after Mayweather in the later rounds.

Another factor in the Irishman’s favor is that he has never been knocked out in his MMA fights. McGregor owns a 21-3 record with 18 knockouts, one submission and two point victories.

Mayweather hasn’t knocked out a foe since Victor Ortiz in Nov. 2011 in the fourth round, but his last seven fights have gone the full 12-round distance. Over the last few years, Mayweather hasn’t shown the knockout power in his punches he had early in his career.

That doesn’t mean that if McGregor makes a mistake, Mayweather can’t make him pay with his pinpoint punches. If McGregor does make a major mistake, the question will be if Mayweather still has knockout power or if McGregor has the chin to take a big punch.

It might not seem like an extra long time, but 11 minutes longer fighting against a world-class boxer like Mayweather is a major consideration for the fight. McGregor will have to be in the best shape of his life going into this fight.

McGregor is an inch taller than Mayweather at 5-feet and 9-inches to Mayweather’s 5-feet, 8-inch height and has a two-inch advantage in reach at 74 inches to 72. Mayweather likes to dance during his fights, wearing out foes by moving backwards and then taking shots as his foes advance.

The extra length could allow McGregor to stalk Mayweather without having to get within range of the great jab the boxer possesses. At this stage in his career, and really most of his career, Mayweather doesn’t want to want to stand toe-to-toe and fight.

McGregor has to cut the ring in half and not give Mayweather anywhere to roam. If the MMA fighter does get the boxer in the corner, he can’t let him out or let up on his punches. Beating Mayweather will become harder the longer the fight goes on.

This fight could end up being a spectacle. Both fighters are known talkers and aren’t afraid to use verbal jabs in the media. Expect plenty of big talk leading up to the fight.

Mayweather is used to spectacles, having taken part in WrestleMania 24 against the Big Show. But he has the most to lose with his perfect record and is going for a perfect 50-0 with this fight.

If anything, this fight will stir up mainstream interest in both boxing and MMA. It should be worth watching if both fighters come into the fight in shape and ready to put on a show.