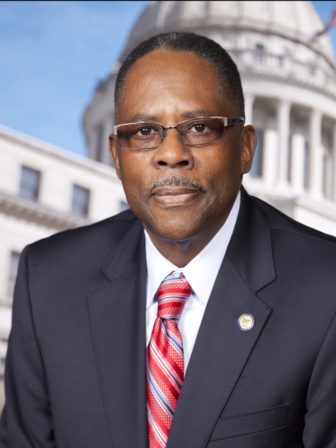 Rep. Tyrone Ellis, D-Starkville, retired this week, meaning District 38 voters will have to elect a new representative in a special election.

Rep. Tyrone Ellis, D-Starkville, announced his retirement today, after serving in the Mississippi House of Representatives for 38 years.

Ellis began his term representing his Starkville-based district in 1980. He is a member of the MS Legislative Black Caucus.

“I have truly considered myself blessed and privileged to have served the citizens of District 38, as well as the citizens of Mississippi as a whole over the years,” Ellis said in a press release. “However, the time has come to close this chapter of my life and allow God to utilize me in another capacity.”

The Democratic leadership in the House chose Ellis to serve as the first Majority Leader of the Mississippi House of Representatives back in 2008.

Ellis is a pastor at the Running Water Baptist Church and said in a press release he will continue his work there.

Gov. Phil Bryant will have to set a special election for House District 38 to replace Ellis’ seat in the House.