The college-football media days keep rolling on, as different conferences host members of the media to hype the new season. Conference USA will head to Dallas, Texas, from 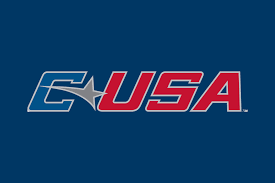 Conference USA is set to hold its media days on July 19 and July 20.

The conference will stream coaches’ and players’ meetings with the media on Facebook Live. Schools from the West Division will begin media days on Wednesday at 2 p.m., with Louisiana Tech University kicking off the event.

The University of North Texas will take the stage at 2:15 p.m., Rice University will follow at 2:30 p.m., and the University of Southern Mississippi will face the conference media at 2:45 p.m. USM head coach Jay Hopson, running back Ito Smith and defensive back Cornell Armstrong will be at the event.

The second day will start at 9 a.m. with the University of North Carolina, Charlotte. Florida International University will be up at 9:15 a.m., and Florida Atlantic University head coach Lane Kiffin will field questions at 9:30 a.m.

C-USA’s media days will end with Senior Associate Commissioner Merton Hanks at the podium at 10:45 a.m. The media coverage will be archived on the conference’s webpage and Facebook page.

Media outlets are already making preseason predictions for C-USA, including selections for Preseason Player of the Year and first-team All-C-USA, as well as predictions of the order that teams will finish in this season.

The University of Southern Mississippi didn’t earn any Preseason Player of the Year awards but did have two players on the first-team All-C-USA list—running back Ito Smith and wide receiver Allenzae Staggers. Surprisingly, no Golden Eagle landed on the first-team defense or special teams.

The media predicted that Louisiana Tech will win the West Division with 20 votes. UTSA came in second in the order with seven votes, and Southern Miss is the last team in the West with just one vote to end up in third place.

North Texas finished fourth in predictions, with Rice in the fifth spot, UTEP picked to finish in sixth, and UAB expected to finish last as its football program resumes.

Marshall was the last school to earn a vote in the East, with just one selection to end up in fourth place. Media outlets predicted that Florida Atlantic will end up in fifth, FIU will take sixth place, and Charlotte will fall in last place in the division.