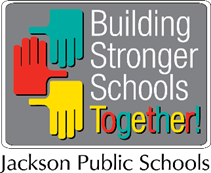 The Jackson Public Schools Board of Trustees, which is down to three members, pushed back its next meeting an additional week. The meeting, initially scheduled for next Tuesday, has been pushed to August 8 instead.

The board is at a stand still, at least to approve consent-agenda items, because to vote, they need a quorum of members. A quorum for the JPS board is four. After Dr. Richard Lind left the school board last week, the JPS board does not have a quorum.

Mayor Chokwe Antar Lumumba needs to appoint four new members to the board and present them to the Jackson City Council for approval. The next city council meeting is next Tuesday, August 1.

JPS is still in the midst of a full audit by the Mississippi Department of Education and has several to-dos left on their corrective action plan. Delays with the board will not affect the start of the 2017-2018 school year business for the district, but JPS leaders urged the new city administration to at least choose one new school board members, so the board can vote again.