At this point, everyone has an opinion on O.J. Simpson. There is no need to rehash the murders of his ex-wife and her friend or the robbery in Nevada. 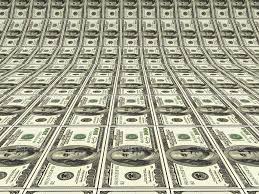 No one is going to change their mind about how they feel about him. He will forever be a controversial figure in the eyes of the public.

A parole board recently granted Simpson parole after he spent the minimum nine years in jail for his 33-year sentence for armed robbery. He leaves prison still owing more than $40 million from a wrongful death civil judgement.

That doesn’t mean the former University of Southern California star won’t have any money available when he is released from prison, though. Thanks to his NFL pension, there could be a nice nest egg waiting for the NFL Hall of Famer.

NFL pensions are a matter of public record, so it isn’t hard to figure out how much he earns from his time in the league. Athletes who played before 1982 are credited with $250 per season per month. Since the former running back played in the NFL from 1969 to 1979 for a total of 11 years, he earns $2,750 per month to start.

So all in all, that would mean that Simpson would earn $4,034 per month from his NFL pension.

How much Simpson earned while he was locked away is a little trickier. If he decided to take his pension at age 55, then he got the $4,034 per month. He has spent the last 105 months in jail, so he would have $423,570 waiting on him when he gets out.

Simpson is now 70 years old, and he would have received 57 payments since his 65th birthday. That would be a grand total of $602,205 waiting on him if he gets released as early as October.

The no court can’t take any of Simpson’s pension from him after losing the civil suit because it is protected under state law. The former football star isn’t required to use any of his pension to pay off his debt from the civil suit.

No matter when he decided to take his pension, Simpson won’t have to worry about money when he is released later this year.