Most colleges and universities won’t begin the 2017 football until the weekend of Aug. 31 or Monday, Sept. 4. In fact, this is the official start of the season that just about everyone is looking forward to watching in two weeks. 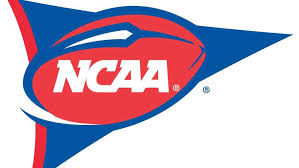 College football’s biggest match ups are on Sept. 2 but the games start on Aug. 26.

But what you might not know is that some college-football teams will be playing on Saturday, Aug. 26, and Sunday, Aug. 27, as well. The next week might have the sexier matchups, but it won’t be the first games of this season.

National broadcasts return with San Jose State University hosting the University of South Florida at 6:30 p.m. on CBS Sports. This is a battle of Group of Five teams getting a national showcase game.

If you are a night owl, you could stay up and watch Stanford University take on Rice University all the way in Sydney, Australia. Stanford is a Power Five team, and Rice is a Group of Five team looking to cause a major upset on a neutral field.

Those are the games that involve FBS teams on Saturday. There are several games that will feature FCS teams getting rare national TV games.

The University of Tennessee at Chattanooga will take on Jacksonville State University at 5:30 p.m. on ESPN. That game will follow the Portland State and BYU game, and air before the Stanford and Rice battle down under.

Colgate University will hit the road against California Polytechnic State University in the final FCS game of the day. You can catch that matchup on ESPNU at 6 p.m.

There is one game on Sunday, as well, and it features teams from the FCS level—the University of Richmond and Sam Houston State University—on ESPNU at 6 p.m.

These games give fans a weekend of college football that counts as opposed to preseason NFL games.