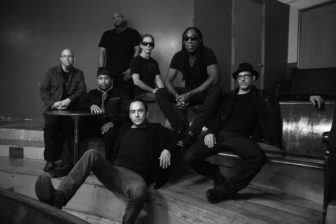 The Jackson metro area may be covered in snow, but the City of Brandon has its eyes on warmer months.

Officials from the City and music-promotion company Red Mountain Entertainment held a press conference on Tuesday morning, Jan. 16, to announce the first string of concerts at the incoming Brandon Amphitheater. The Jackson Free Press acquired the slate from the website for the 8,000-plus-capacity venue, which is scheduled to open in the spring.

As many residents were anticipating, the schedule features plenty of country-music stars, including Chris Young on April 18, Brantley Gilbert on May 3, Hank Williams Jr. on May 12, and Alan Jackson on June 22. However, the schedule also features some artists from other genres, including Dave Matthews Band on May 29; the “I Love the 90’s” tour, featuring Salt N Pepa, Rob Base, Kid N Play, Coolio and other artists from the era, on June 8; and southern-rock legends Alabama on Sept. 8.

A post on the Brandon Amphitheater’s Facebook page states that more additions to the lineup are to come. The website does not yet list prices for the concerts, although tickets for the April 18 show will go on sale this Friday, Jan. 19.

For a full schedule of events and performers, visit brandonamphitheater.com.