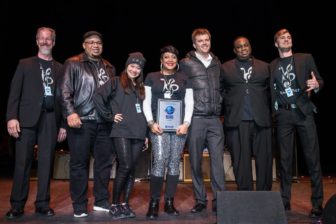 Mississippi blues societies may not have earned top marks at this year’s International Blues Challenge. However, at least one name on the winner’s list has close ties to the Magnolia State.

The Keeshea Pratt Band represented the Houston Blues Society at the 2018 IBC in January, taking first-place in the band category, but local music fans will best remember singer Pratt from her tenure in Jackson.

She grew up in the capital city, and attended Callaway High School and Tougaloo College. Pratt began singing at about 6 years old and officially launched her professional music career in 2008.

Now based in Texas, she formed the seven-piece Keeshea Pratt Band with the help of Arkansas-native bassist and vocalist Shawn Allen just over eight months ago. The group won the Houston Blues Challenge in September 2017, earning a chance to represent her new hometown at the 34th annual IBC.

Pratt’s outfit came out ahead more than 200 competitors, including second-place winner Fuzzy Jeffries and the Kings of Memphis and third-place winner Artur Menezes, who also scored the Gibson Guitar Award.

For more information on the Keeshea Pratt Band, visit keesheapratt.com. For a full list of 2018 IBC winners, visit The Blues Foundation website.