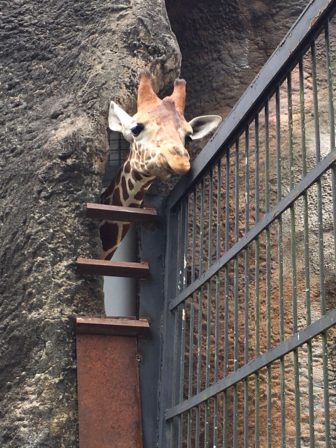 The Jackson Zoo Board voted to pursue a location change for the west Jackson-based zoo.

Today, the Jackson Zoo Board voted to begin looking for a “more optimal location” for the zoo within the city of Jackson, a press release from the zoo says. The board acted on recommendations from a task force, comprised of zoo board members, business and city leaders, that spent months reviewing several feasibility studies. The task force recommended that the zoo “investigate the adaptation of 25 acres at the LeFleur’s Bluff State Park into a new zoological and family attraction.”

The zoo has its challenges, and rumors of a potential move circulated last fall. Zoo Executive Director Beth Poff had a master plan to renovate and fix the west Jackson location where the zoo is now, but that plan would cost $100 million. The zoo has struggled with declining attendance in recent years from 185,000 guests in 2003 to barely 100,000 in 2017, the press release says.
“The top priority of the Jackson Zoological Society has been, and always will be, giving all visitors a world class zoo experience,” Jeffrey Graves, zoo board president said in a press release. “This decision is the culmination of decades of research and discussion, but is just the beginning of a new and improved phase of the zoo. It will be a long process, but we now have an opportunity to give the city and surrounding residents and visitors the benefit of being a viable player in the world’s wildlife education and conservation movement.”
The move will likely not be any time soon. The press release says the next phase of the zoo move will be raising funds for a site development study for consultants to evaluate the infrastructure of at the new location to come up with a development plan.
“We value our relationship and long history with the city of Jackson, and appreciate the leadership’s ongoing efforts on behalf of the zoo animals and area residents,” Poff said in a press release. “We are completely confident that as we continue to work together, there will be a positive outcome for all involved. Along with a real opportunity to give this state the great zoo it deserves, we are very proud to remain in Jackson, the Capitol City.”