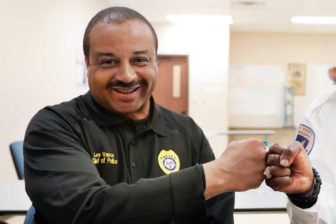 Although he retired just months into the Chokwe Antar Lumumba mayoral administration, he’s been endorsed by the major in the sheriff’s race.

Check out the episode on Soundcloud at https://soundcloud.com/letstalkjxn/ltjpx01-lee-vance.