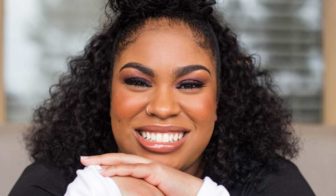 In this episode of Let’s Talk Jackson, JFP Editor-in-Chief Donna Ladd talks with New York Times bestselling author—and Jacksonian—Angie Thomas. Angie grew up in Georgetown, not far from the house where Medgar Evers was assassinated in 1963, and bases some of her fiction on the violence and changes she witnessed growing up. She earned a BFA from Belhaven University, where she began work on her debut novel, “The Hate U Give,” which is still on the bestseller list and is now a major motion picture. Her second novel, “On the Come Up,” was released this spring and is also a bestseller.

This episode is brought to you by the Center for Art & Public Exchange at the Mississippi Museum of Art. More at museumcape.org/.

Check out the episode on Soundcloud at https://soundcloud.com/letstalkjxn/7×10-angie-thomas.