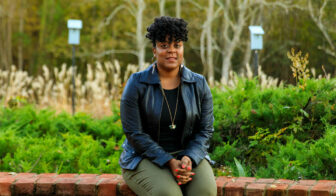 Nashlie Sephus is a Jackson native who graduated from Jackson Public Schools to ultimately go on to earn a PhD in Computer Science from Georgia Tech. She worked in Atlanta as a co-founder and Chief Technology Officer of a startup company, Partpic, that was ultimately acquired by one of the world’s largest technology companies.

Her Jackson-based nonprofit, the Bean Path, is celebrating it’s two-year anniversary soon, and she’s working on a new live-work development near downtown Jackson that promises maker spaces, restaurants and an unprecedented creative environment in Jackson.

Check out the episode on Soundcloud at https://soundcloud.com/letstalkjxn/ltj-8×06-nashlie-sephus.