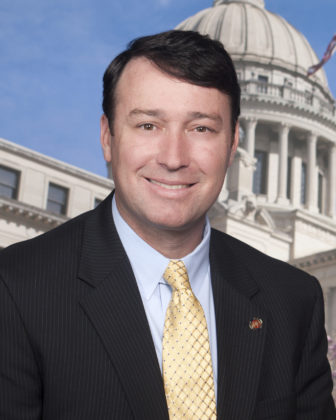 Gov. Phil Bryant tapped Sen. Sean Tindell, R-Gulfport, to fill an open spot on the Mississippi Court of Appeals this week, leaving a hole in the state Senate’s leadership.

Tindell chaired the Judiciary A Committee, which approved of and pushed out the “Blue Lives Matter” and anti-sanctuary city legislation in the 2017 session. Tindell also let House Bill 1523, House Speaker Philip Gunn’s “Protecting Freedom of Conscience from Government Discrimination” bill, out of his committee in 2016. HB 1523 is still in federal court, challenged by Bryant.

Lt. Gov. Tate Reeves will have to find a replacement for Tindell to chair the Judiciary A Committee, and Bryant will have to set a special election to replace Tindell soon.

“Sean is a skilled attorney with the ability to review issues with an open-mindedness and decisiveness that is required on the bench,” Reeves said in a press release. “As a friend and key member of my leadership team, I have relied on his advice and guidance, and his skills as a legislator will be missed in the Senate. The Legislature’s loss is the Judiciary’s gain, and I commend Gov. Bryant on his selection.”