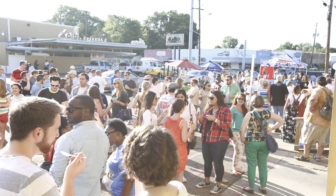 For this year, the first Fondren After 5 has been pushed back to April 5.

In a statement to area businesses and restaurants, Fondren Renaissance Foundation Executive Director Jim Wilkirson said that due to unseasonably cold weather and ongoing construction to sidewalks in the neighborhood, the event will begin later than usual this year.

“Some area businesses may elect to start earlier than this date, and some may be open this month, but we will not officially publicize the event as a neighborhood until our kickoff on April 5.”